Surprise for Abigail, A 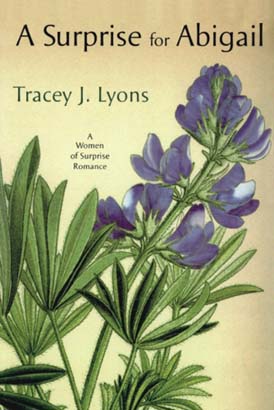 Surprise for Abigail, A

Cole Stanton was a man on the move. On his own since the death of his family, he drifted from place to place, guarding his heart from attachment to anything or anyone.

Meanwhile, Abigail Monroe was busy planning her wedding until she was jilted by her intended, Edward Quinn. Her heart broken and her hopes dashed, Abigail vowed to never fall in love again, fleeing to the town of Surprise to visit her sick Aunt Margaret.

However, when Abigail arrived, she found that her Aunt Margaret had an unorthodox request of her: become the town's first woman sheriff!

When Abigail agrees, her life quickly turns upside down. Her first arrest is none other than Cole Stanton, for drunken and disorderly conduct. After his arrest, it becomes clear to Abigail that Mr. Stanton could be much more than he seems. He may very well be a wanted man: wanted both by the law and by Abigail.