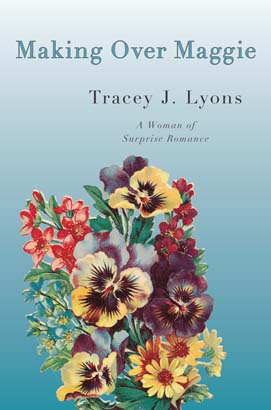 Maggie Monroe has always been independent, headstrong, and capable of handling just about anything. So when her aunt, Margaret, hires Samuel Clay to `assist' Maggie in the opening of a dance hall, Maggie is not amused.

The dance hall was her project, and the reason she stayed in the small upstate New York town. For the few months that Maggie had been in town visiting her ailing aunt and two cousins she's seen what could happen when Aunt Margaret starts to `help.' Both of her cousins ended up falling in love with the man chosen to assist. But this won't happen to Maggie---she doesn't need a man, or romance, or any of that silliness; she is an independent businesswoman and entirely too busy for such trifles.

Samuel Clay takes one look at Maggie and he knows he's in for a bit of trouble. She disagrees with every decision he makes regarding the dance hall but he plows ahead trying to do the job for which he has been hired. At every turn Maggie defies him, but somehow they manage to get the dance hall started and make it a success.

Much to her dismay, Maggie realizes that she actually needed Samuel's help, but she's not keen to admit it. Neither is she willing to admit the feelings she is developing for him. Samuel decided to pour on the charm to get his way, but little does he realize that by charming Maggie, she has actually cast a spell on him!