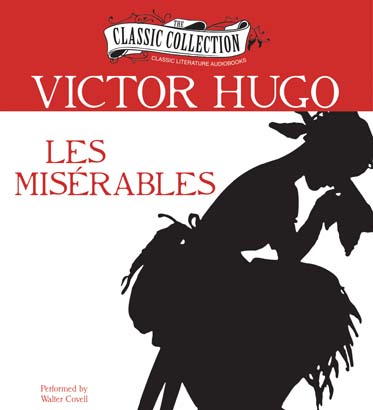 Les Misérables is set in the Parisian underworld. The protagonist, Jean Valjean, is sentenced to prison for 19 years for stealing a loaf of bread. After his release, Valjean plans to rob monseigneur Myriel, a saint-like bishop, but cancels his plan. However, he forfeits his parole by committing a minor crime, and for this crime Valjean is haunted by the police inspector Javert. Valjean eventually reforms and becomes, under the name of M. Madeleine, a successful businessman, benefactor, and mayor of a northern town. To save an innocent man, Valjean gives himself up and is imprisoned in Toulon. He escapes and adopts Cosette, an illegitimate child of a poor woman, Fantine. Cosette grows up and falls in love with Marius, who is wounded during a revolutionary fight. Valjean rescues Marius by means of a flight through the sewers of Paris. All seems headed for a happy ending until Javert shows up again and this leads to an incredible climax.