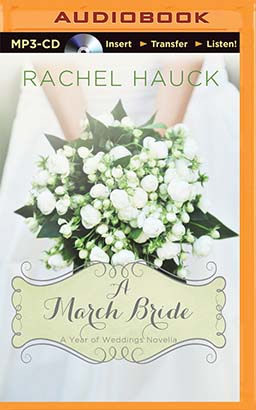 A year’s worth of novellas from twelve inspirational romance authors. Happily ever after guaranteed.

Susanna has found her true prince, and their happily ever after is just around the corner. But when Nate asks her to give up something precious to her, Susanna can’t help but wonder if it’s a sign that their love is not meant to be.

Susanna Truitt (Once Upon A Prince) is three weeks from royalty. She’ll soon marry King Nathaniel II of Brighton Kingdom. But when the government insists she renounce her American citizenship before the wedding, coupled with the lack of involvement by family and friends, Susanna’s heart begins to doubt whether this marriage is God’s plan for her.

Nathaniel would do anything for his bride-to-be. But he knows his position requires that she give up a lot to be with him. Her life will never be her own—right down to her very identity. When she travels home to St. Simon’s Island, Georgia, right before the wedding, Nathaniel fears she won’t return. Gathering his courage, he devises a plan to win his bride all over again, and together they seek out a kingdom to treasure above all.