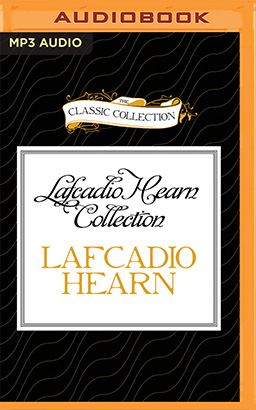 The Boy Who Drew Cats, Kwaidan

"The Boy Who Drew Cats" is a Japanese folk tale collected by Lafcadio Hearn in Japanese Fairy Tales. This is his most anthologized story. It concerns a boy who drew cats everywhere. Everyone in the town thought this was a waste of time until a goblin invaded their temple. The boy, and his cat, then come to the rescue.

Kwaidan is a collection of weird, ghostly legends and beliefs of old Japan. Hearn spent 14 years in Japan, translating into English with superb effect the atmosphere of the tales which he avidly collected. Based on Japanese literature and folklore, Kwaidan contains 17 stories, including the story of Loichi, the blind biwa player who was called to perform for the dead; of Muso, the journeying priest who encountered a man-eating goblin; and of the samurai who outwitted the ghost of a dead man. All these plus 14 other spooky tales are included in this collection.