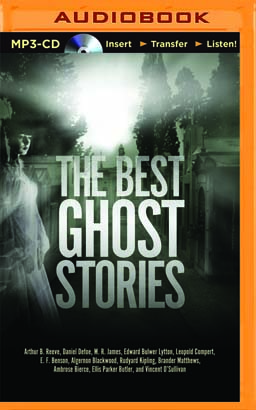 A masterful collection of classic ghost stories that is sure to send chills down your spine.…

Still wildly popular today, this collection of ghost stories was first published in 1919. Arthur B. Reeves, an American writer who also wrote screenplays, compiled this anthology. His introduction to this anthology is considered by many to be the definitive explanation as to the popularity and diversity of the horror genre. Turn off the lights and prepare to be thrilled and chilled by this unique assemblage of spooky tales!

Included in this volume are:

"Introduction—The Fascination of the Ghost Story" by Arthur B. Reeve
"The Apparition of Mrs.Veal" by Daniel Defoe
"Canon Alberic's Scrap-book" by Montague Rhodes James
"The Haunted and the Haunters" by Edward Bulwer-Lytton
"The Silent Woman" by Leopold Kompert
"Banshees" by Anonymous
"The Man Who Went Too Far" by E.F. Benson
"The Woman's Ghost Story" by Algernon Blackwood
"The Phantom Rickshaw" by Rudyard Kipling
"The Rival Ghosts" by Brander Matthews
"The Damned Thing" by Ambrose Bierce
"Dey Ain't No Ghosts" by Ellis Parker Butler
"The Interval" by Vincent O'Sullivan
"Some Real American Ghosts" by The Philadelphia Press