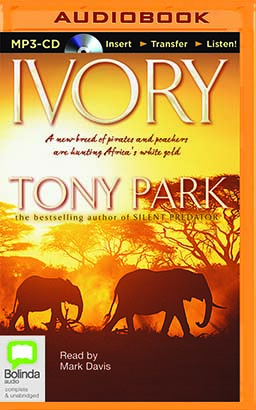 Alex Tremain is a pirate in trouble. The two women in his life—one of them his financial adviser, the other his diesel mechanic—have left him. He's facing a mounting tide of debts and his crew of modern-day buccaneers, a multi-national band of ex-military cut-throats, is getting restless.

A chance raid on a wildlife smuggling ship sets the Chinese triads after him and, to add to his woes, corporate lawyer Jane Humphries lands, literally, in his lap. Another woman is the last thing Captain Tremain needs right now—especially one whose lover is a ruthless shipping magnate backed up by a deadly bunch of contract killers. Meanwhile Jane finds herself torn between the crooked but charming pirate and her coolly calculating millionaire boss, George Penfold. Both are passionate, and both are dangerous. What Alex really needs is one last big heist—something valuable enough to fulfil his dreams and set him and his men up for life. When the South African government makes a controversial decision to reinstitute the culling of elephants in its national parks, Alex finds the answer to his dilemma—three tonnes of ivory.