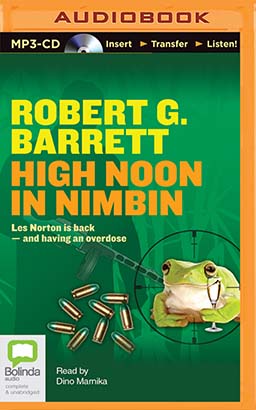 Arranging the hit on Fabio was a low act, and Les knew it. And when you get Sydney’s deadliest killer to do the hit, there’s always a quid pro quo. In this case, Les had to take a trip to Nimbin in New South Wales to help an old army mate of Eddie Salita’s open a bar, the Double L Ranch.

In Nimbin, Les found himself working as a DJ for a nutter with a nightclub where dancing was prohibited. He also found racial tension, the Russian Spetsnaz, and Norwegian backpackers. Add a drug overdose, and before Les knew it, he found himself in a firefight with a bunch of inbreds wanting to kill the bar owner. A fun town Nimbin wasn’t. Not even for a quarter of a million dollars worth of gold.