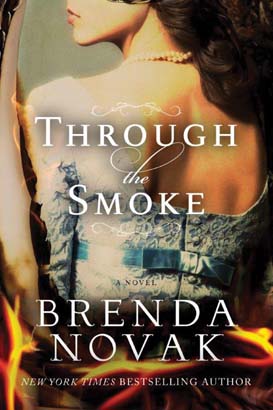 Winner of the National Readers' Choice Award for Historical Romance

A shocking betrayal . . . Riches. Power. An ancient heritage of pride. The Earl of Druridge wanted only for an heir. So when he learned that his wife was carrying another man’s child, he was filled with a thirst for vengeance. But he wasn’t the one who caused Katherine’s death. Or was he? To his horror, he remembers nothing of that dreadful night, when their last shocking confrontation ended in scorching flame and cold blood. A forbidden love . . . Rachel McTavish, the beautiful daughter of a coal miner, knows something about the fire that took Lady Katherine’s life. In secret, the strong-willed girl strikes a bargain with the desperate earl: he must send his physician to help her dying mother or he may go to the scaffold — and the devil. The earl agrees, but Rachel is still unsure that her revelation will be enough to save him when so many wish him dead. Passionately drawn to the nobleman, despite all the doubt and mystery that shroud him, Rachel wonders if he can really be a murderer. Or if he is the only man who will ever own her heart . . .
Read More