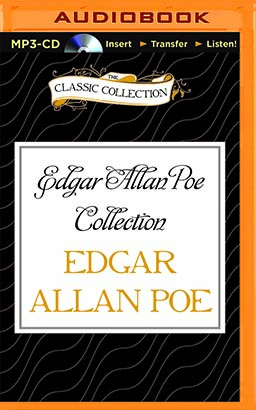 The Black Cat, The Gold Bug

The Black Cat
When it comes to short stories, Edgar Allan Poe is considered by many to be the master of terror and the macabre. This is one of his most famous stories. A man is tormented by a cat and decides to take a terrible vengeance, but things do not go as planned.

The Gold Bug
Edgar Allan Poe, American poet and master of the horror tale, is also credited by many with inventing the American mystery story. "The Gold Bug" is one of his most famous stories. It was first published in the Philadelphia Dollar Newspaper in June 1843, after Poe had won a competition held by the paper and received a prize of $100.

This novel is part of Brilliance Audio's extensive Classic Collection, bringing you timeless masterpieces that you and your family are sure to love.