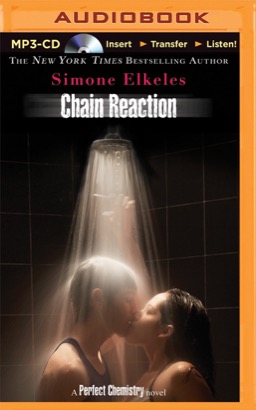 Luis Fuentes has always been sheltered from the gang violence that nearly destroyed his brothers’ lives. But that didn’t stop him from taking risks—whether he’s scaling a mountain in the Rockies or dreaming of a future as an astronaut, Luis can’t stop looking for the next thrill.

Nikki Cruz lives her life by three rules—boys lie to get their way, don’t trust a boy who says “I love you,” and never date a boy from the south side of Fairfield. Her parents may be from Mexico, but as a doctor’s daughter, she has more in common with her north-side neighbors than the Latino Blood at her school. Then she meets Luis at Alex’s wedding, and suddenly, she’s tempted to break all her rules.

Getting Nikki to take a chance on a south sider is Luis’s biggest challenge, until he finds himself targeted by Chuy Soto, the new head of the Latino Blood. When Chuy reveals a disturbing secret about Luis’s family, the youngest Fuentes finds himself questioning everything he’s ever believed to be true. Will his feelings for Nikki be enough to stop Luis from entering a dark and violent world and permanently living on the edge?