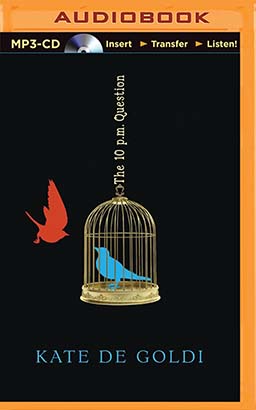 Frankie Parsons is a worrier. Are the smoke alarm batteries dead? Does the cat have worms? Could that odd-shaped spot on his chest be cancer? What about bird flu?

Most of the people in Frankie’s world—his father, his brother and sister, his great-aunts, his best friend—seem gloriously untroubled. Only Ma takes his catalog of persistent anxieties seriously; only Ma listens patiently to his 10 p.m. questions. But of course, it is Ma who is the cause of the most worrying question of all.

This extraordinary novel, by turns hilarious and heartbreaking, with an impeccably drawn cast of characters, is the story of how one young boy’s carefully controlled world unravels around him. Frankie’s story will resonate with listeners of all ages.