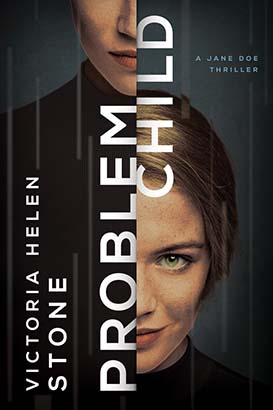 She’s cold, calculating, and can deceive with a smile. Jane Doe is back in the Amazon Charts bestselling series—and this time she’s met her match.

After a brutal childhood, Jane Doe has been permanently wired to look after herself and only herself. Now, looking next to normal, Jane has a lover and a job. But she hasn’t lost her edge. It sharpens when she hears from her estranged family.

Jane’s deeply troubled sixteen-year-old niece, Kayla, has vanished, and no one seems to care. Neither does Jane. Until she sees a picture of Kayla and recognizes herself in the young girl’s eyes. It’s the empty stare of a sociopath.

Jane knows what vengeful and desperate things Kayla is capable of. Only Jane can help her—by being drawn into Kayla’s dark world. And no one’s more aware than Jane just how dangerous that can be.