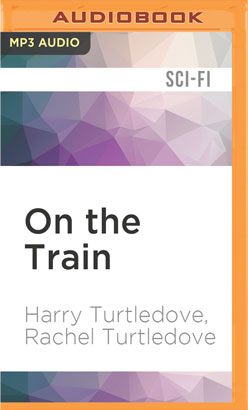 Is travelling on The Train a means to an end...a way to complete one's journey...or is The Train the destination itself, rolling endlessly through realms both magical and mechanical? And what of Javan, the lad from Pingaspor whose third-class ticket entitles him to a spot on a hard bench? He has given up everything he had for that cherished spot. But where, exactly, is he headed?

Javan's story is followed by the tale of nanny Eli, hired by Baroness Vasri to take care of her son and daughter as they travel on The Train in first class. But the Baroness' agenda may run contrary to that of those running The Train...and what will become of the children?