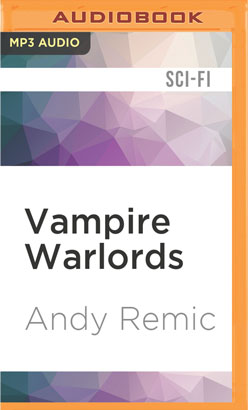 Legendary warrior Kell must choose to flee the conquered land of Falanor, or take up his axe and fight for its people. However even Kell could be too late and all may be lost...for the Vachine invaders have called upon their ancient rulers, semi-immortal bloodsuckers who dwell on the edges between life and death. The vampire warlords have returned, and they will feed.

Andy Remic is a British writer with a love of ancient warfare, mountain climbing and sword fighting. Once a member of the Army of Iron, he has since retired from a savage world of blood-oil magick and gnashing vachines, and works as an underworld smuggler of rare dog-gems in the seedy districts of Falanor. In his spare time, he writes out his fantastical adventures.