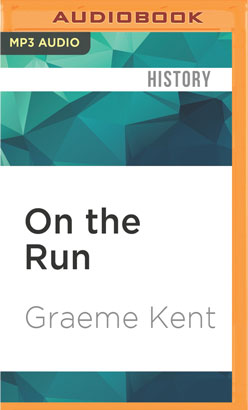 A History of Deserters and Desertions

A unique and anecdote-filled history of desertion. There have been many books written about valour in battle. This is not one of them. On the contrary, On the Run deals entirely with those men and women who, over thousands of years, have departed with alacrity and for multifarious reasons from life in the armed forces.

For as long as there have been wars there have been those who have fled, sometimes precipitously, from the cannon's roar. This fascinating history of deserters and desertion, from the beginning of recorded time to the present day, details many of those characters who, for a multitude of often complex reasons, have gone absent without leave. Among their number are poets and pugilists, thieves and thugs, lovers and lunatics, princes and politicians, comedians and conspirators, film stars and fanatics, and even a Pope, all brought together by the simple fact that at one time or another they went on the run.

Covering thousands of years in time and over forty different countries, this extraordinary book, the first of its kind, presents a fascinating anecdotal history of perhaps the most controversial and emotive subject in war, in this and any other age.