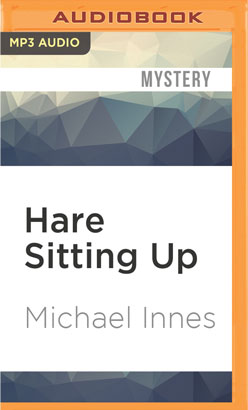 When a germ-warfare expert goes missing, his twin brother impersonates him as a cover-up, but for how long can this last? Inspector Appleby is sent on a series of wild goose chases, which take him to a preparatory school, to the estate of an eccentric earl, and to a remote Atlantic rock, before a truly shocking climax.

After the end of World War II, Innes returned to the UK and spent two years at Queen's University, Belfast where in 1949 he wrote the Journeying Boy, a novel notable for the richly comedic use of an Irish setting. He then settled down as a Reader in English Literature at Christ Church, Oxford, from which he retired in 1973. His most famous character is 'John Appleby', who inspired a penchant for donnish detective fiction that lasts to this day. Innes's other well-known character is 'Honeybath', the painter and rather reluctant detective, who first appeared in 1975 in The Mysterious Commission. The last novel, Appleby and the Ospreys, was published in 1986, some eight years before his death in 1994.