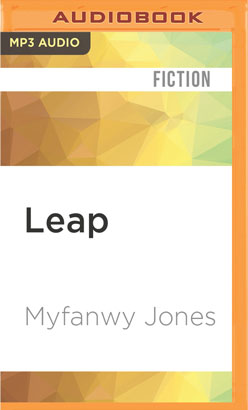 A few weeks after finishing their final exams, high school sweethearts have an argument at a party. Joe wants to go—Jen begs him to stay. They fight in the corridor, following their usual script, and then he walks out and leaves her.

A few hours later she dies.

Three years on, after burning up his own dreams for the future, Joe is working in dead-end jobs and mentoring a wayward teenager not dissimilar from his younger self. Driven by the need to make good, he spends all his spare time doing parkour—l'art du deplacement—under an inner-city bridge, training his mind and body to conquer the hostile urban environment that took his love and blighted his future.

Somewhere else, a middle-aged woman, Elise, is treading water in her life as her marriage breaks up. We watch as she retreats to the only place that holds any meaning for her—the tiger enclosure at Melbourne Zoo, where, for reasons she barely understands, she starts painting the tigers and forms a close connection to them.

Joe is broken by grief, but the outside world won't let him hide forever. A cool and bewitching girl turns up on the doorstep of his share house, somehow painfully familiar to him. Then there is the skateboarding chef at the bar where he works, the girl with the Cossack-blue eyes, who wants to be his friend. And someone going by the Facebook tag Emily Dickinson wants to reminisce about his dead girlfriend and won't leave him alone.

Can Joe staunch the flooding return of desire—or is it time to let go of the past? And will he make the nine-foot leap from girder to pillar, or does he want to fall, too?

While at its heart is a searing absence, Leap is driven by an unstoppable and exhilarating life force and the eternally hopeful promise of redemptive love.

Funny, moving, quirky and original, Leap is an effortlessly enjoyable listen that quietly creeps up on you until its final jaw-dropping moments and a narrative twist that will take your breath away.