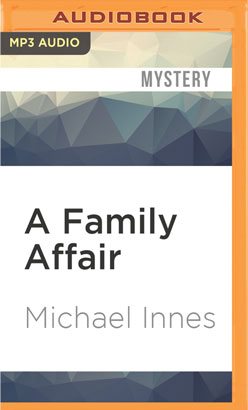 Over a period of twenty years, a series of highly elaborate art hoaxes have been perpetrated at carefully time intervals, and in each case, the victim has a very good reason for keeping quiet. Inspector Appleby's interest is kindled by an amusing dinner-party anecdote—when he enlists the help of his wife and son, the ensuing investigation is truly a family affair. The scenes shift swiftly between glorious stately homes and the not-so-glorious art gallery of the irrepressibly dubious Hildebert Braunkopf.