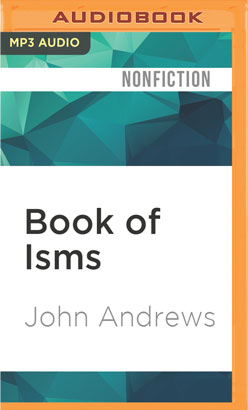 A wonderfully illuminating and witty guide to every -ism you could ever want explained.

John Andrews is a writer and journalist whose career as a foreign correspondent has taken him from Washington to Beijing. A graduate from Cambridge in modern and classical Arabic, he was first an academic in Libya and Lebanon before turning to journalism. He now divides his time between London and Provence.