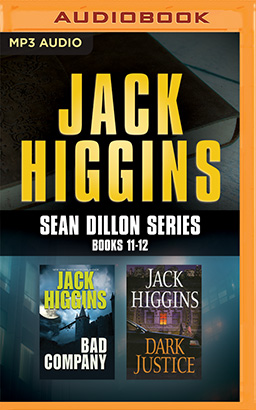 Baron Max von Berger was once a young aide to Hitler himself, and in the declining days of World War II, was entrusted with Hitler’s diary. Over the years, von Berger has amassed immense wealth and power due to the diary and its secrets, including creating an alliance with the Rashid family, the sworn enemies of Sean Dillon and Blake Johnson.

As the diary’s secrets begin to be revealed, Dillon and Johnson know they must jump back into the fray with the Rashid family and with von Berger. The secrets inside threaten to destroy the US presidency, unless Dillon can get to the diary first.

It is night in Manhattan. The President of the United States is scheduled to have dinner with an old friend, but in the building across the street, a man has disabled the security and stands at a window, a rifle in his hand. Fortunately, his attempt is not successful - but this is only the beginning. Someone is recruiting a shadowy network of agents with the intention of creating terror. Their range is broad, their identities masked, their methods subtle. White House operative Blake Johnson and his opposite number in British intelligence, Sean Dillon, set out to trace the source of the havoc, but behind the first man they find another, and behind him another still. And that man is not pleased by the interference. Soon he will target them all: Johnson, Dillon, Dillon’s colleagues. And one of them will fall...