Diamond in the Desert, A 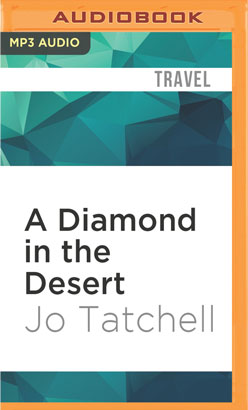 Diamond in the Desert, A

Behind the Scenes in Abu Dhabi, the World's Richest City

Jo Tatchell first arrived in the city of Abu Dhabi as a child in 1974, when the discovery of oil was quickly turning a small fishing town into a growing international community. More than 30 years later, change has reached breakneck pace: Abu Dhabi, the capital of the United Arab Emirates, is becoming a dizzying metropolis of 10-lane highways and overlapping languages, and its riches and emphasis on cultural development have thrust it into the international spotlight.

In A Diamond in the Desert, Tatchell returns to Abu Dhabi and goes on the hunt for the story behind the headlines retracing old steps, planting new ones, and searching for clues to mysteries that have never left her. She finds more than she bargained for a glimpse into a city that, before it meets a patiently waiting world, must first better get to know itself.

Abu Dhabi has a story to hide, and life there carries countless contradictions. The city is a tolerant melting-pot of cultures and faiths, but less than 7,000 of its 800,000 native residents are deemed eligible to vote by the ruling class and the nation's president holds absolute veto power over his advisory boards and councils. The Emirates boast one of the world's highest GDP per capita, but the poor distribution of wealth in its cities is staggering. Abu Dhabi's royal family, worth an estimated $500 billion, lives off the sweat of the city's migrant workers, who subject themselves to danger and poverty under barely-observed labor laws.

But now, the city is making an international splash with a showy investment in tourism, arts, and culture, perhaps signaling a change to a more open, tolerant state. A new film studio is sprouting up in Abu Dhabi, and the year 2013 will bring a new branch of the Louvre and a Guggenheim museum designed by Frank Gehry. But can Abu Dhabi truly commit to a new era of liberty after so many years of control?