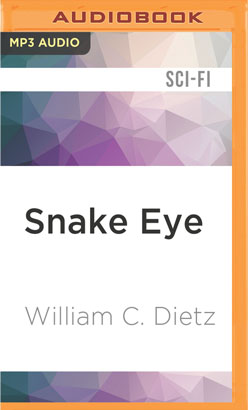 FBI Special Agent Christina Rossi had it all—for a while: a loving family, a career on an upward track, the works. Then a takedown of some eco-terrorists turns unexpectedly bloody, questions are being asked, and the fast track is nothing but a memory as she doggedly pursues a slave labor case that might involve a Chinese mob (and might be a complete bust). The family went away during an ugly divorce and her ex-husband's high-end life with a beautiful, upscale new wife has lured her daughter into a risky social circle—and turned her against her mother. Things are almost too good to be true when a new man in her life, Jack Dexter, handsome, smart and very well-off, brings about a startlingly wonderful romance and a change in her day-to-day circumstances and even connects her to some information on the seemingly dead-end case she won't give up. Too good to be true turns out to be what's going on when a pervert's murder starts to unfold Dexter's dark secrets, her case begins turning into an uncontrollable monster, and her daughter's life hangs in the balance.