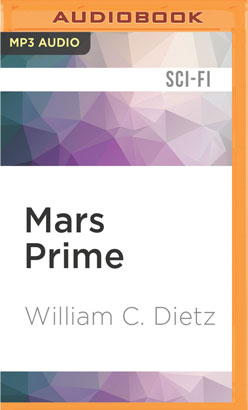 Aboard the Outward Bound, there are thousands of colonists headed towards Mars. But, one person on the ship is different. Inside that crew member's head, there are a half-dozen voices, a half-dozen personalities normally bickering and disagreeing. Today, though, just as the ship is about to leave Earth's orbit, they all agree on one thing—they have to kill to keep their secret safe.

That's dangerous for Rex Corvan, because secrets are the thing he was born to seek out. Rex is Earth's greatest reporter. He's equipped with a probing intelligence and a video camera for a right eye. Rex and his wife Kim are traveling on the Outward Bound to document its trip outward to the frontier of Mars.

The story of colonization quickly takes a backseat to this unknown, zero-gravity serial killer. As Rex and Kim find clues to the murderer's identity in the ship's A.I., they become targets themselves. Will the ship reach Mars before the many killers in one body reach them?