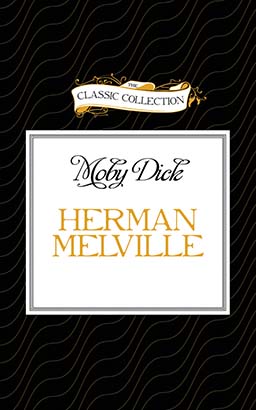 Featured title on PBS's The Great American Read in 2018

Ishmael, a sailor, recounts the ill-fated voyage of a whaling ship led by Captain Ahab.

Moby Dick is at once a thrilling adventure tale, a timeless allegory, and an epic saga of heroic determination and conflict. At its heart is the powerful, unknowable sea—and Captain Ahab, a brooding, one-legged fanatic who has sworn vengeance on the mammoth white whale that crippled him. Narrated by Ishmael, a wayfarer who joins the crew of Ahab’s whaling ship, this is the story of that hair-raising voyage, and of the men who embraced hardship and nameless horrors as they dared to challenge God’s most dreaded creation and death itself for a chance at immortality.

A novel that delves with astonishing vigor into the complex souls of men, Moby Dick is an impassioned drama of the ultimate human struggle that the Atlantic Monthly called “the greatest of American novels.”

This novel is part of Brilliance Audio’s extensive Classic Collection, bringing you timeless masterpieces that you and your family are sure to love.