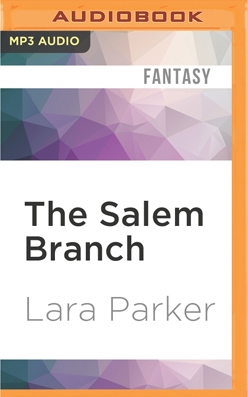 In The Salem Branch, Barnabas Collins, the vampire hero of the series, has recently become a human again through the efforts of his devoted descendent, Dr. Julia Hoffman, and is living in current-day Collinsport, Maine, trying to adjust to normal life. Although engaged to marry Dr. Hoffman, he falls in love with a mysterious woman named Antoinette who has bought the ruins of "the old house" on the Collins estate and is restoring it while living with a band of hippies in the woods. Antoinette settled in the area because her daughter is being treated in a nearby mental hospital. Her daughter suffers from flashbacks to her previous incarnation as Miranda du Val, who was burned as a witch in the Salem witch trials. One of the judges who condemned her to death was a Collins—Barnabas' ancestor. Barnabas is desperate to win Antoinette's love and to protect her and her daughter from the new vampire that he suspects is attacking the inhabitants of Collinsport.