In The Company of Bears 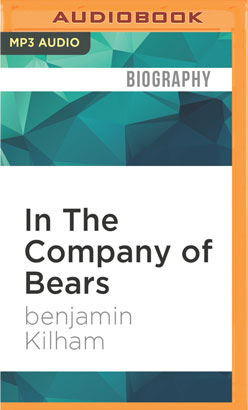 In The Company of Bears

What Black Bears Have Taught Me About Intelligence and Intuition

Imagine raising an orphaned bear cub, carefully reintroducing her to the wild, then being welcomed back, almost daily, to observe her wild world for more than 17 years. Imagine visiting her in her feeding spots, watching her with her mates and her young, peering into her den, and, over time, observing the lives of all the other wild bears in her territory and surrounding ones. That is what happened to Ben Kilham, whose long-term study of wild black bears has shattered conventional wisdom about how they live their lives. In the Company of Bears unveils Kilham's groundbreaking work. Like others, he once thought that black bears were solitary. But he discovered that they actually have extraordinary communication and interaction with each other—creating and enforcing codes of conduct, forming alliances, and even sharing territory and food when supplies are ample. In the Company of Bears (originally released in hardcover as Out on a Limb) is more than a story about bears. It's the story of a scientist once kept from a traditional science career by his dyslexia, only to find that thinking and seeing differently was his greatest gift and his best tool to interpret the non-human world.