Shoes of the Fisherman, The 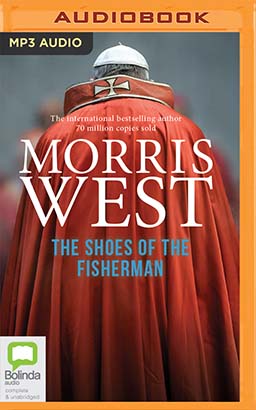 Shoes of the Fisherman, The

The pope is dead and the corridors of the Vatican hum with intrigue as cardinals gather to elect his successor. The result is a surprise: the new pope is the youngest of them all – a bearded Ukrainian.

The Shoes of the Fisherman is the moving story of Kiril I, recently released from 17 years in Siberian labour camps and haunted by his past. Not only is he the leader of a fractured Catholic Church, but he also finds he must confront his inquisitor and tormentor in order to avert another world war.

An international bestseller, The Shoes of the Fisherman is one of the great novels of the 20th century and is still widely popular today. It is the first novel in Morris West's Vatican trilogy.