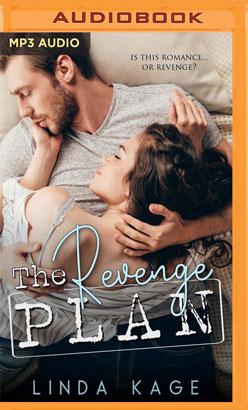 After I caught my boyfriend cheating, I tried to be mature about it with an amicable split. But he took his retaliation too far, and I have officially had enough. No more Miss Nice Haven.

No one is allowed to lie to me, betray, embarrass, and devastate me, fill me with self-doubt, or put my future at risk, and expect to get away with it. He is going to feel my wrath.

Nothing would provoke my ex more than to see me moving on with the one guy he hates most, so that's exactly what I plan to do.

The only hitch in my brilliant scheme is Wick himself. He's just gotta be all love-not-war and peace-is-the-only-way. He's more concerned about helping me heal than seeking my sweet revenge.

And what the hell is it about his soothing presence and yummy looks that calls to me until I forget how much pain I'm in? He's making it awfully hard to use and abuse him for my malicious means. The damn guy is making me fall for him.