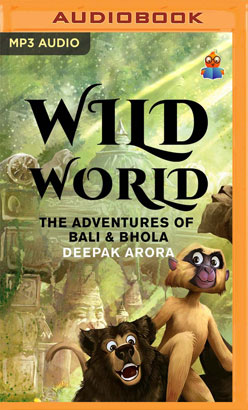 The Adventures of Bali & Bhola

Bali, the langur, decides to move back into the Wild World after getting fed up of chasing monkeys in the city. Bhola, the bear, escapes to the jungle from the brutalities of his human owner to lead a happy and satiated life. On the night of Bali's welcome party, Bali saves Raja, the tiger, from the bullets of a poacher. The other animals are impressed and request him to go back to the city and help Rani, the tigress, to escape from the City Zoo.

Wild World is a wacky and hilarious tale of a runaway langur and an ever hungry bear who join paws to save the jungle from becoming a human colony.