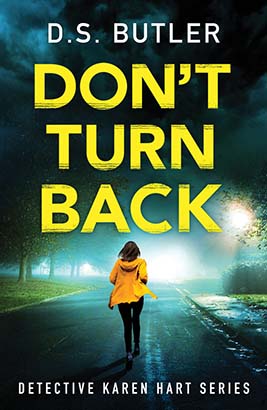 You can cover up the truth but it won’t stay buried forever.

A man is found bludgeoned to death in woodland by the village of Canwick, and the close-knit community is sent into shock. Detective Karen Hart, still haunted by the tragic loss of her husband and daughter nearby, is brought in to investigate the horrific murder.

It soon becomes clear that dark secrets lie behind Canwick’s unspoiled appearance. When Hart begins to suspect that a modern-day slavery ring has been hiding in plain sight among the villagers, she faces a race to find proof before the culprits slip from her grasp. But when key witnesses start disappearing, it’s obvious that there’s a deep-rooted conspiracy to keep prying eyes away from the truth.

But in a village where everyone knows everyone, who knows more than they are letting on—and who can Hart really trust? She’s in deep and she’s never been more alone. She must confront the tragedy of her own past if she wants to catch the killers before it’s too late. Because one thing’s for certain—there’s no turning back…