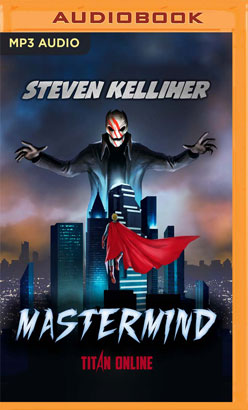 Karna was just like any other comic book fan. He dreamed of fighting alongside colourful heroes and taking down dastardly villains.

In Titan Online, the most popular VR MMORPG going, he finally got the chance to live out his cape-donning fantasies.

That is, right up until he was killed by the game's number one ‘hero'. A man who serves only himself in a constant grind for money, fame and adoration. Forced to start from scratch due the harsh game mechanics, Karna finds a new mission: bringing balance back to Titan Online.

With a strange new power and some unlikely allies, Karna hatches a plan to save the game and get a bit of revenge in the process.

When the heroes can't be trusted, it's up to the villains to save the (virtual) world.