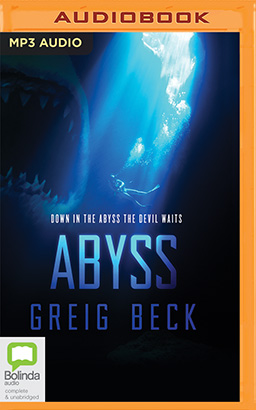 The explosive sequel to the Greig Beck blockbuster Fathomless.

The monster shark she once encountered was a remnant of the ancient world - one that had escaped an underwater lair previously sealed off for millions of years. At great cost, Cate and her allies had killed the beast.

So, no more ghosts, no more shadows. All gone.

Or so Cate thought.

A research ship is sound-blasting the deep seabed looking for petroleum signatures. But in doing so they disturb something that has been hiding in the trenches for countless millennia.

What Cate thought was dead rises from the cold depths of hell. She, Jack Monroe, a Russian billionaire and her team of marine biologists are forced once more to enter the abyssal zone of the deepest ocean trenches, to confront a creature from the Earth's distant past.