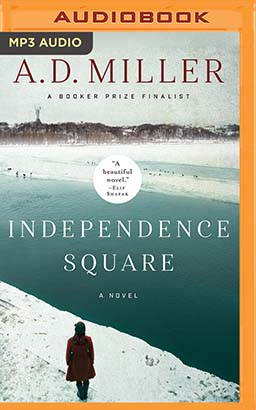 A powerful novel that moves seamlessly between the euphoria of revolution and the intimate and agonizing pull between love and loyalty.

A young woman scrambles up the icy hill above Independence Square in Kiev, desperate to avert the bloody crackdown that threatens the protesters below. The outcome of a revolution, and her brother’s safety, depend on her. And though neither of them realize it, so does the fate of the man she is frantic to see.

Over a decade later, Simon Davey, a disgraced diplomat, follows Olesya Zarchenko into the Tube in London, convinced that she was responsible for his ruin. When he tracks her to a riverside mansion, he begins to see that her life has not been what he thought it was, and neither has his own.

Moving from the euphoria of the barricades to an oligarch’s private dungeon, between idealism and corruption, Independence Square is the story of a country striving to escape its history, and a man struggling to understand his past.