Alien: Out of the Shadows 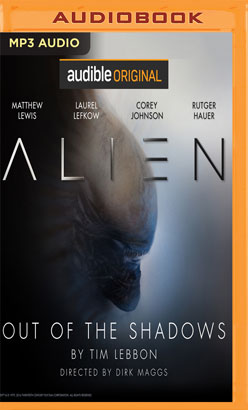 Alien: Out of the Shadows

In space, no one can hear you scream. In this gripping Audible Original performance, Ellen Ripley, the last human survivor of the salvage ship Nostromo, once again takes on the relentless Xenomorphs: vicious, intelligent extra-terrestrials notorious for tearing humans apart. When her lifeboat Narcissus locks onto the mining ship Marion, she awakes from hypersleep to a nightmare: the dreaded creatures are lurking on board, ominously prowling a sealed-off shuttle after slaughtering the crew. When one of the merciless beasts escapes the hold, acting Captain Chris “Hoop” Hooper and his team are faced with an unimaginable horror—and Ripley just may be the crew’s only hope.