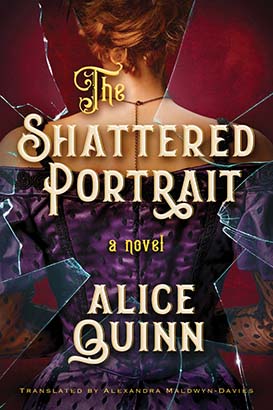 When one of the wealthiest and most hated men on the French Riviera is murdered, finding his killer becomes a privilege—and a danger.

It’s a Mediterranean winter in 1888. Though Cannes glistens, it’s darker behind closed doors. A real estate crisis has ripped through the city’s storied fortunes, upending lives. Courtesan Lola Deslys has survived the ruins unscathed…until she’s drawn into the desperation of a former, and unfaithful, acquaintance. With the threat of debtors’ prison hanging over her head, Lola’s latest client is running out of time and luck.

Her client has solicited Lola to reclaim an incriminating contract from the ruthless banker at the heart of the crisis. Many want to see the swindler dead, and when he’s found murdered, everyone is a suspect—including one of Lola’s closest friends. The only clue to finding the real killer: a shattered portrait. The only hope: to follow its pieces through the back alleys and deadly deceptions of the belle époque.