Song of the Current 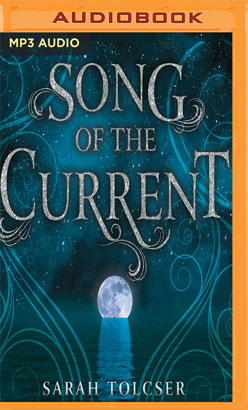 Song of the Current

Caroline Oresteia is destined for the river. Her father is a wherryman, as was her grandmother. All Caro needs is for the river god to whisper her name, and her fate is sealed. But at 17, Caro may be too late.

So when pirates burn ships and her father is arrested, Caro volunteers to transport mysterious cargo in exchange for his release. Secretly Caro hopes that by piloting her own wherry, the river god will finally speak her name. But when the cargo becomes more than Caro expected, she finds herself caught in a web of politics and lies. With much more than her father's life at stake, Caro must choose between the future she knows and the one she never could have imagined.