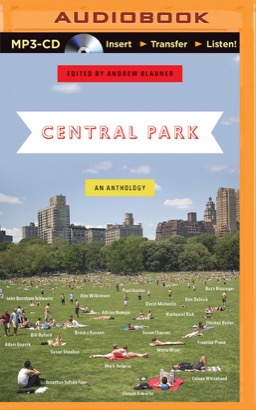 Nineteen literary greats share their private passions for the world’s most famous park.

A wild night outdoors with Bill Buford. A football tradition with Nathaniel Rich. A jog around the reservoir with Mark Helprin as he "protects" Jacqueline Onassis from imagined harm. The 843 carefully planned acres of Central Park have not only crept into the hearts of its 38 million annual visitors, but also into the life and work of a diverse array of writers who come to revel in its natural remedy for urban chaos.

In Central Park, a dozen exclusive pieces commissioned especially for this work are accompanied by a handful of beloved classics. Francine Prose reflects on open-air performances by Nina Simone and James Brown; Jonathan Safran Foer writes a creation myth of the park; Buzz Bissinger meditates on how the park defined his early life; and Marie Winn definitively answers Holden Caulfield's question of where the ducks go when the ponds freeze over.

This vibrant collection presents Central Park in all its diverse glory, with an ode at every turn to a fifty-one-block swath of special New York magic. A must-listen for the thousands who consider the park their own, and a keepsake for the many more who visit, it will be a standard for years to come.