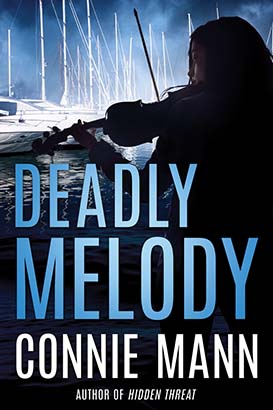 Home is where the heart is. The danger too…

The Martinellis were the closest thing to family Cat Johnson ever had. That’s why she ran—to protect them from her threatening past. The orphaned child of classical musicians, she’s been lying low in Nashville and performing at the No Name Café. When Cat reluctantly agrees to attend the wedding of her beloved foster sister, the plan is simple: make a quick appearance at the Martinellis’, then disappear again. Instead, she’s thrust headlong into a nightmare.

After a wedding guest is murdered, Cat’s past becomes harder and harder to avoid. So does handsome and inquisitive Safe Harbor cop Nick Stanton, who will stop at nothing to uncover the town’s secrets. That means exposing Cat’s as well. The more intimate Nick’s feelings for Cat become, the more driven he is to find out what she’s hiding.

As things in Safe Harbor take a terrifying turn, Cat realizes that the man she’s afraid to trust might be the only one she can turn to.