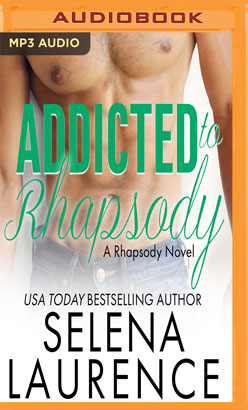 Guilt is the hardest habit to kick.

Garrett Jakes is the sexy and sex-addicted lead singer of Rhapsody. Now in recovery, he's trying to clean up his act and atone for his mistakes. The only problem is he can't stop the guilt he feels whenever he looks at his friend Savvy. They have history, and he's not sure if he's helping or hurting when he tries to become a bigger part of her life.

Savvy O'Roark is a widow and a mom at 28. She watched as her husband was murdered while trying to protect her. Now she's struggling to keep her husband's business and his memory alive, and Garrett wants to help. The only problem is she can't stop the guilt she feels whenever she looks at him. Their history haunts her, and she's not sure that's something she can ever get past.

As Savvy and Garrett struggle to overcome their demons, they must also face the one thing neither of them can ever take back. Will they learn how to honor and forgive but also love and let go? Can something that started all wrong end up right? Or will guilt be a habit they simply can't kick?