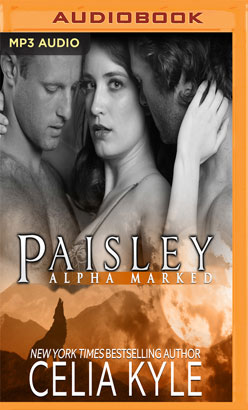 Thirty and single? Well, getcha butt to the Gathering! Wait...what?

Paisley Twynham is over the whole werewolf thing. It'd been a shock to be magically kidnapped and plopped in the middle of a werewolf gathering. Then she got kidnapped a second time, had the crap beat out of her, escaped, and then met two men who are supposed to be her mates. Yup, all kinds of "over" the Gathering. Her only salvations are her sisters and...the two men she can't help but drool over. Tall, muscular, sexy as hell, and, for some reason, they want her fluffy ass. Maybe she doesn't hate werewolves as much as she thought....

Chance and Hawkins don't quite have a solid Warden bond. Hawkins is holding back while Chance is slowly reaching the end of his patience after 10 years of partnership. The only woman who might save them is Paisley. Seductive, curvaceous, vivacious Paisley Twynham. She's their Warden Born mate and Chance refuses to let Hawkins' past stand in the way of their future.

But something else hides in their path that threatens to end their mating before it begins. Or rather, someone.

Part of the Alpha Marked series: