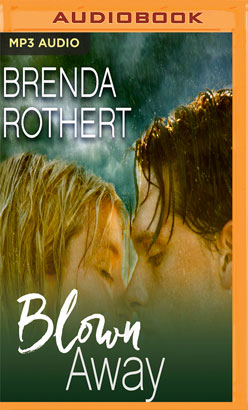 In an emotionally charged, wickedly hot novel of love and loss, a passionate affair gives two daring storm chasers the strength to overcome shattered dreams and the courage to build a future together.

One year after her fiancé died in a heartbreaking accident, Drew McGovern decides to honor his memory by joining his old storm-chasing buddies on their latest excursion. What she's not so sure about, however, is whether she's ready to move on. Drew wasn't expecting to feel the powerful pull of desire toward Colby's best friend. But there's no denying the intensity of their connection...or the heat he inspires in the parts of her that are still very much alive.

Aiden O'Neal doesn't trust himself around Drew. He's wanted this girl for a long time - long enough to remember the stab of jealousy he felt the first time he saw her in Colby's arms. Now he's trying his best to behave himself. But when the wind starts blowing and the adrenaline starts pumping, Aiden can't resist the urge to claim Drew as his own. Because when it comes to desire, he's hoping to make lightning strike twice.