Heart of Darkness: A Signature Performance by Kenneth Branagh 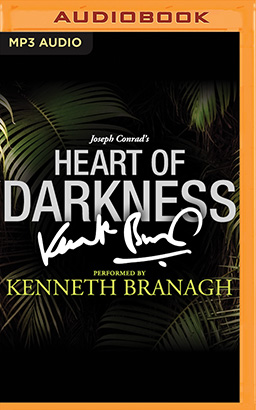 Heart of Darkness: A Signature Performance by Kenneth Branagh

Featured title on PBS's The Great American Read in 2018

Prose that demands to be read aloud requires a special kind of narrator. For the Audible Signature Classics edition of Joseph Conrad’s atmospheric masterpiece, Heart of Darkness, we called upon four-time Academy Award nominee Kenneth Branagh.

Branagh’s performance is riveting because he reads as though he’s telling a ghost story by a campfire, capturing the story’s sense of claustrophobia, while hinting at the storyteller Marlow’s own creeping madness. Heart of Darkness follows Captain Marlow into the colonial Congo where he searches for a mysterious ivory trader, Kurtz, and discovers an evil that will haunt him forever.

With this landmark work, Conrad is credited with bringing the novel into the twentieth century; we think Branagh brings it into the twenty-first.