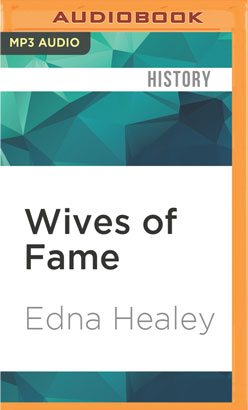 Here are portraits of three very different Victorian women, all of whom married men of exceptional talent, energy and genius. To be the wife of such frenetic, explosive characters as David Livingstone, Karl Marx or Charles Darwin, especially at this period in history, demanded rare qualities. Yet the late twentieth-century view of these women is perhaps best summed up in the frequently heard comment: 'I didn't know he had a wife.'

The mid-nineteenth century was a time of unprecedented movement and upheaval. The revolutions of 1848 set Europe ablaze and sent swarms of political dissidents to seek freedom outside their homelands. Britain and her Empire were ruled by a young Queen Victoria, inspired by her enterprising, vigorous consort, Albert; it was a climate in which invention and discovery were encouraged. Men were creating new frontiers, both geographically and intellectually, and where they went their wives and families accompanied them.

Edna May Edmunds was born in the Forest of Dean and educated at Bell's Grammar School, Coleford, Gloucestershire, where she was the first pupil to gain a place at Oxford University. While studying English at St Hugh's College she met Denis Healey, who was studying at Balliol College. She then trained as a teacher and married Healey in 1945 after his military service in World War II. She became Baroness Healey in 1992 when her husband received a life peerage. Though she began her writing career relatively late in life, her books were critically acclaimed and sometimes best-sellers. She wrote non-fiction books, often biographies of successful women in powerful positions. Lady Healey also made two award-winning television documentaries. She was elected in 1993 a Fellow of the Royal Society of Literature.