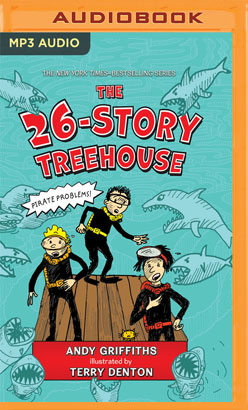 Come on back to the most amazing treehouse in the world!

You’re probably wondering just how Andy and Terry met. Well, it’s a long story, but a pretty exciting one, and it’s mostly true! Come on up, choose a hammock, and they’ll tell you all about it.

Just keep clear of the Maze of Doom—a maze so complicated that nobody who has gone in has ever come out again. Well, not yet, anyway.