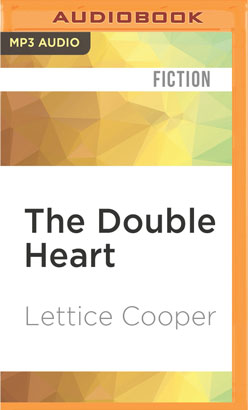 First published in 1962, "A drama of family crisis convincing in its details" was how the Times described it; while Punch thought it "a novel to be proud of," and Daniel George "her greatest triumph."

Lettice Cooper (1897-1994), was an English writer. She was born in Eccles, Lancashire on 3 September, 1897. She began to write stories when she was seven, and studied classics at Lady Margaret Hall, Oxford, graduating in 1918. She returned home after Oxford to work for her family's engineering firm and wrote her first novel, The Lighted Room in 1925.

She spent a year as associate editor at Time and Tide and during the Second World War worked for the Ministry of Food's public relations division. Between 1947 and 1957 she was fiction reviewer for the Yorkshire Post. She was one of the founders of the Writers' Action Group along with Brigid Brophy, Maureen Duffy, Francis King, and Michael Levy and received an OBE for her work in achieving Public Lending Rights. In 1987 at the age of 90 she was awarded the Freedom of the City of Leeds. She never married, and died on 24 July, 1994 in Coltishall, Norfolk.