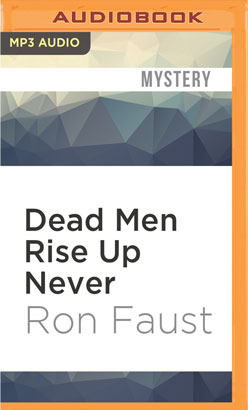 Dan Shaw, night school law student, ex-Army cop, and part-time investigator for hotshot attorney Thomas Petrie, has 57 hours to find a man who may already be dead. Peter Falconer is one of the golden boys of Bell Harbor, Florida—or he soon will be after inheriting the family fortune. But what seems to be yet another typical case of murder for profit and passion is about to take a sudden U-turn. For Shaw is about to uncover a brand of thrill killing whose sheer evil he can't begin to fathom. And Shaw had better get to the bottom—and fast—or the hunt taking him from the Keys to the Caribbean and into the eye of a tropical storm will cost him his life.

Ron Faust is the author of 14 previous thrillers. He has been praised for his "rare and remarkable talent" (Los Angeles Times), and several of his books have been optioned for films. Before he began writing, he played professional baseball and worked at newspapers in Colorado Springs, San Diego, and Key West.