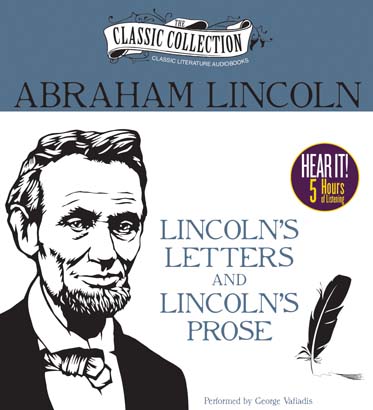 Lincoln comes alive through his speeches, essays, and other writings, including The Gettysburg Address and The Second Inaugural Address.

Abraham Lincoln was born in a log cabin in Kentucky, second child of Thomas Lincoln and Nancy Hanks. Neither parent could read or write. His mother died in 1818 and his father remarried the following year and later moved the family to Illinois. Lincoln became the United States' sixteenth president in 1861 and within a few months the Civil War began. He was shot by John Wilkes Booth in Ford's Theater in 1865 ten days after General Lee's surrender.