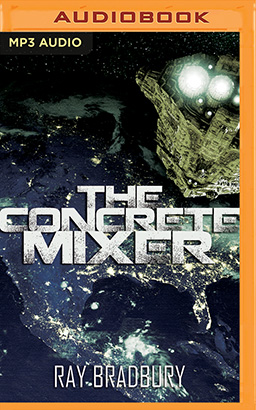 Ray Bradbury was one of the most celebrated 20th-century American writers. Many of his stories have been turned into television shows and films. He wrote science fiction, fantasy, horror, and mystery stories. Among his most celebrated works are Fahrenheit 451, The Martian Chronicles, and The Illustrated Man. "The Concrete Mixer" was written early in his career. It was first published in Thrilling Wonder Stories in April 1949. In it, a warlike race of Martians plans their glorious conquest of Earth, but one of them, Ettil Vrye, foresees defeat. He is given his choice of joining the Legion of War—or burning! The story contains quite a bit of humor and irony, things not often found in Bradbury stories.