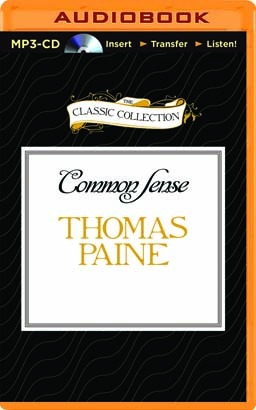 First published in January of 1776, "Common Sense" fanned the flames of independence already sparking among the thirteen colonies. George Washington found the pamphlet so important that he had it read aloud to his troops. He later commented, "I find that 'Common Sense' is working a powerful change…in the minds of many men." Highly influential, this landmark persuasive document which Paine wrote to incite the colonists to action is as relevant today as when it was first printed.